The internet has been a buzz with a Quija board-like game called the “Charlie Charlie Challenge.”

More than 2 million people have used the hashtag #CharlieCharlieChallenge over the past 48 hours, but its origins are not what they appear to be.

According to BBC, the game involves balancing pencils over the words “yes” and “no” on a piece of paper. Players ask questions that are supposedly answered by Charlie–a mysterious demon who moves the pencils. Twitter user @_kluh was one of the first to use the hashtag #CharlieCharlieChallenge.

Several reports claim the game’s origins are in Mexico. One of the most retweeted videos about the #CharlieCharlieChallenge shows a popular Mexican beer brand and the Spanish words for “yes” and “no.” 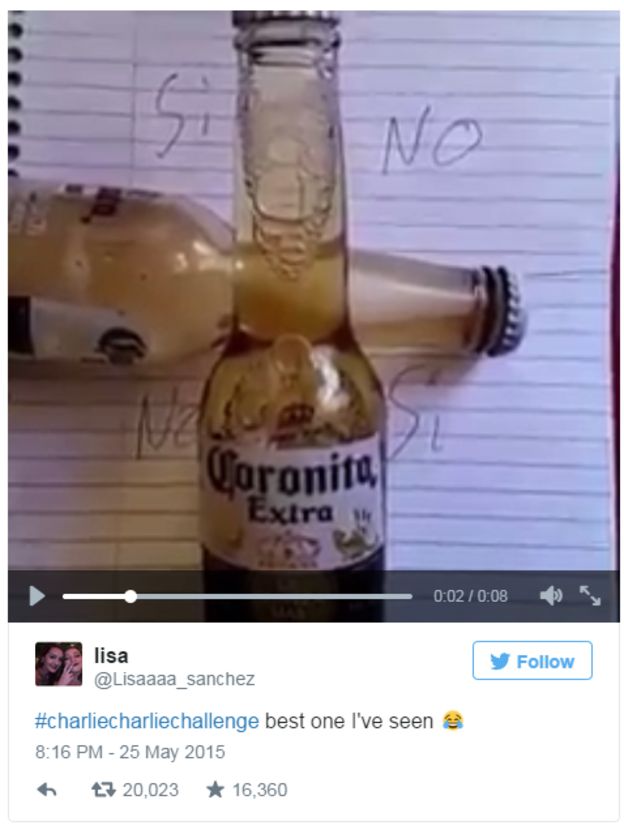 But the game has nothing to do with Mexican folklore.

“There’s no demon called ‘Charlie’ in Mexico,” says Maria Elena Navez of BBC Mundo. “Mexican legends often come from ancient Aztec and Maya history, or from the many beliefs that began circulating during the Spanish conquest. In Mexican mythology you can find gods with names like ‘Tlaltecuhtli’ or ‘Tezcatlipoca’ in the Nahuatl language. But if this legend began after the Spanish conquest, I’m sure it would’ve been called ‘Carlitos’ (Charlie in Spanish). Mexican demons are usually American inventions.”

One explanation for describing the game as a traditional Mexican way of summoning the dead is a way to make it sound mysterious like the Quija board’s roots in American marketing. Another possible explanation is a YouTube video posted a year ago. It shows a slightly different pencil trick. It’s in Spanish and translates into “Playing Charlie Charlie.”

While this is most likely an internet craze/prank/fake nonsense, I am not about summoning demons.