The artist behind an Elgin, Illinois mural that depicts a portion of a famous photo that captured the 1930 lynchings of two Black men in Indiana says the piece was meant to spark conversation, Chicago Tribune reports.

Artist Davis Powers said he wanted to challenge people to ask questions, think about issues and consider their own place in history.

“The idea here was talking about lynching, asking questions, the history,” said Powers. “You don’t want to be on that wall with these monsters. Anywhere. In any town.”

Powers, 66, said he’s always aimed to push boundaries with his art. He said his family has always believed in standing up for the little guy, the immigrant, and people of all races.

But many find the mural, which has been on display in the city for more than a decade, to be quite offensive. In response, Elgin Mayor David Kaptain called for a public meeting on its art installations.

The mural depicts the lower half of the photo. It shows a man pointing to the sky with men, women and children gathered around him. The upper portion of two Black men swinging from trees with ropes around their necks is not shown. 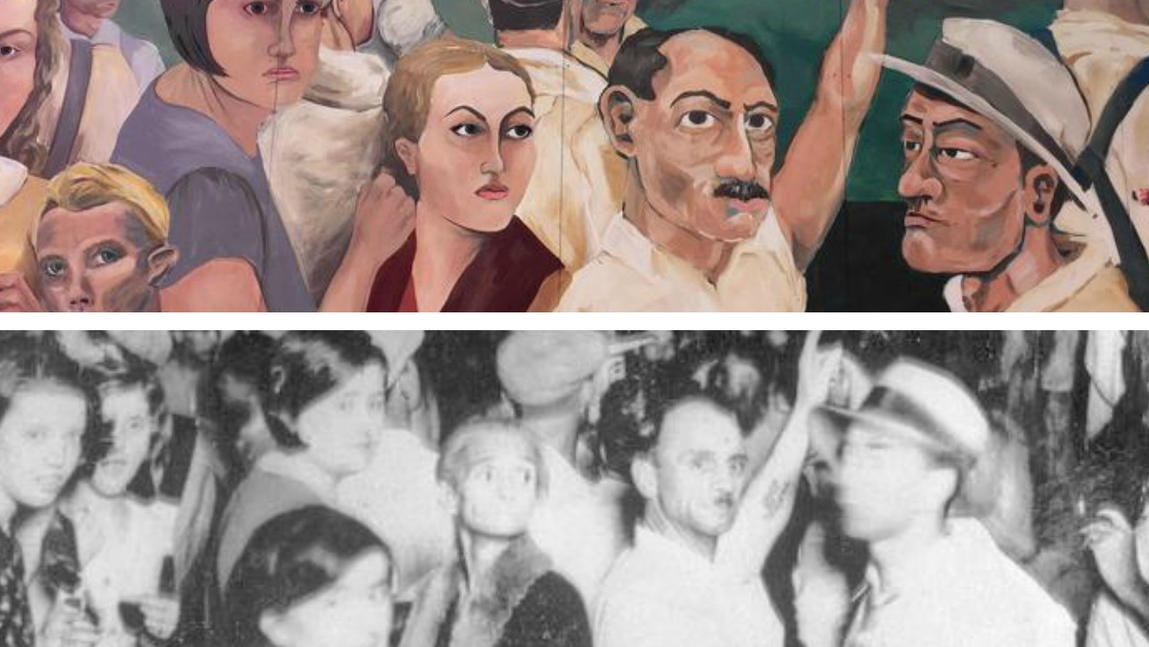 Those in opposition of the mural have called for its removal after discovering its origins. Kaptain says he wants to use the mural’s controversy for discussion.

“I would like to have a public discussion and talk about censorship of art —just be careful that the ripple effect isn’t worse than the first option.”