NFL star Devon Still has been pretty open about his daughter’s health battles with cancer.

He’s been fiercely supportive of 5-year-old Leah, who has endured a series of treatments due to the effects of the disease.

The Bengals defensive tackle announced that he is getting his entire back tatted up in honor of his daughter. Still’s tattoo will mark two emotional milestones related to his daughter’s cancer battle.

He just completed stage one of the enormous tattoo, which is an image of Leah’s face on the upper right side of his back: According to TMZ, Devon’s getting the tattoo to mark the 1-year anniversary of Leah’s diagnosis. In addition to Leah’s face, the full tattoo will also include the Magic Kingdom castle, Ariel from The Little Mermaid, and Aladdin’s lamp. The lamp symbolizes Devon’s wish for continued recovery.

Here’s what the tattoo is expected to look like once completed. 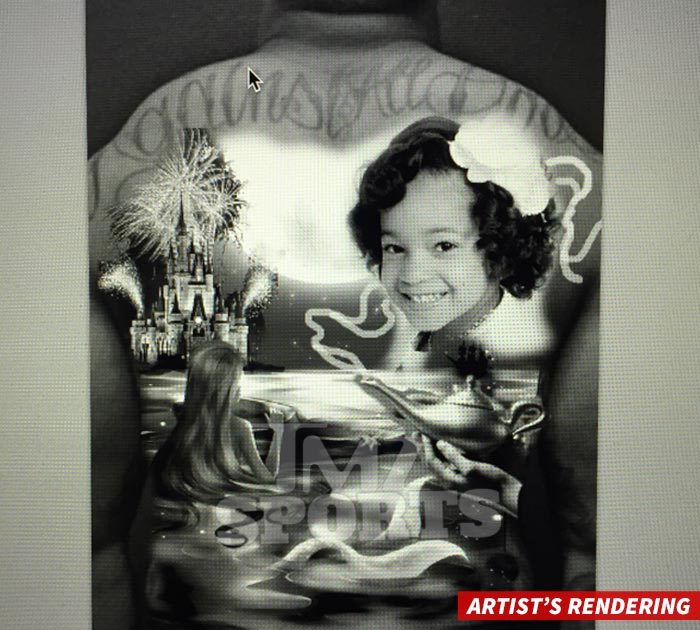 Leah is currently in remission, but is undergoing stem cell treatment.

The duo will be honored at this year’s ESPY Awards. Devon and Leah will be presented with the Jimmy V Perseverance Award in July.