Just one week away from SZA’s long-awaited debut album, the TDE songstress provides   another sampling of what to expect from her CTRL LP. The latest preview of the project is a mid-tempo ballad entitled “Broken Clocks.”

The third release off of CTRL sees SZA oozing positivity and motivation. The St. Louis native crafts a powerful chorus, singing “All I got is these broken clocks / I ain’t got no time / Just burning daylight / Still up still up / Its still love its still love,”

SZA’s new sounds follow the unveiling of her album release date last week, which was accompanied by a trio of promo trailers narrated by the legendary RZA. If you missed Bobby Digital’s rhyming endorsement of the singer, it’s well worth checking out.

“Broken Clocks” is out now on Apple Music and Spotify in select markets like New Zealand and Australia and will become available in North America at midnight. For now, check out a snippet of the song via HHNM.

Update 6/2: Listen to SZA’s “Broken Clocks” in its entirety below. 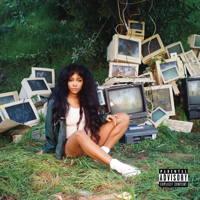 This Is What Caleb McLaughlin Knows About ...

‘The Carmichael Show’ Is Underrated AF