Could these feuds get any more ridiculous?

After Blac Chyna dropped a mirror selfie on Instagram, the 17-year-old later posted her own mirror picture with a similar setup. 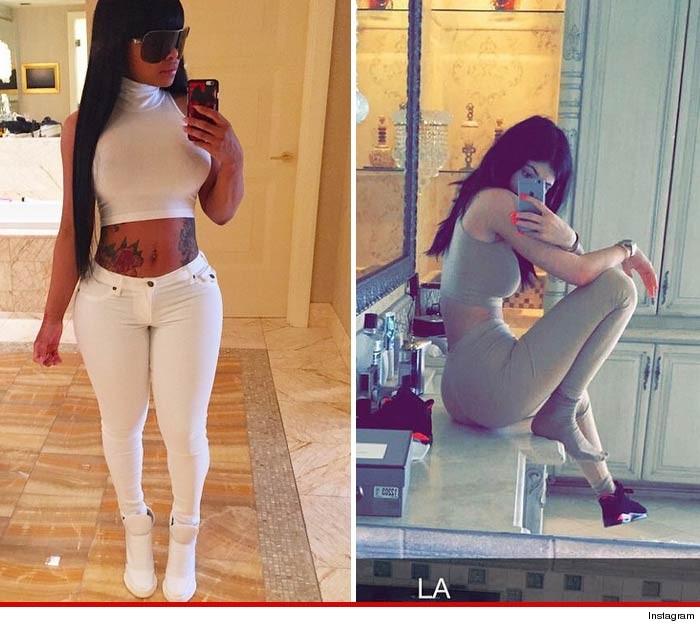 This is not the first time something like this has happened.

The two celebs mock each other quite often. A few months ago, Blac Chyna posted a picture of herself wearing wax lips, poking fun at Kylie’s lip fillers.

So was this selfie war a coincidence or was Jenner trying to throw major shade?

Either way it goes, things seem to be getting rather childish.