Truly I do.  He’s like the Malcolm Gladwell of this rap game.

But he is dead wrong for his defense of Iggy Azalea in this Time magazine interview.

Surely, true hip-hop fans do not want to gain the reputation of sonic segregation, picking on any non-Black artist who comes out and makes hits.  There are some people who feel that it is a patently African-American art form, and I am not among them.

I believe that if you are talented, your background and gender should not matter.

However, the “talent” part is what I question most from Miss Azalea, as well as some of her decidedly browner counterparts including, but not limited to: Waka Flocka Flame, Gucci Mane, Soulja Boy Tell ‘Em, 2 Chainz and one reckless individual from Chicago who doesn’t even deserve a keyboard stroke.  But I’ll give you a hint.  I “don’t like” his music.

And I’m not mad because Iggy is an Aussie.  As is well documented, other rappers who stay in their lane have fared well in the land of lyricism.  But to affect some crazy mud-mouthed blackcent, or as I call it a trap-cent, to sound like a mix of Crucial Conflict, Nicki Minaj and a sizzurp-loving roadie for CMB….no bueno.

I’m also not here to shame any woman if she wants to use her sexuality to get ahead.  But to me, Iggy looks like this character (second to the left) from Crybaby making all those crazy, rubbery faces when she (ahem) raps.  Well, they bear more of a resemblance if you slim the individual in this image down, add booty pads and stand her next to T.I. mean mugging the camera. 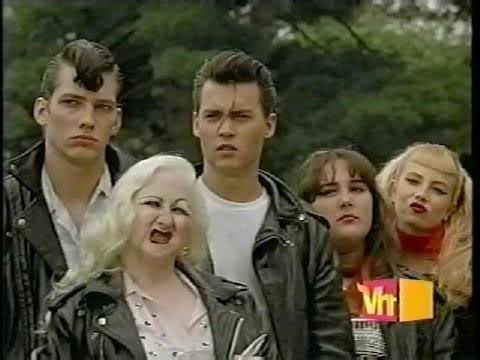 Sigh.  I’m not going to waste any more time on the purveyor of “Fancy,” which hit or not, sounds like a poor man’s “Hollaback Girl” circa 2000.

She is definitely popular, and I can’t fault her for that. But I definitely don’t have to turn a blind eye to the trap-cent, pout-lipped posturing and glaring lack of talent.  I didn’t do it for Waka and I surely won’t do it for Miss Thang.

The Most BadA** Braid Ever… Ha!