Selfies vs Bitstrips: Which is More Annoying?

Welcome to Keeping it 140 Court.

Inspired by this hilarious article about the 16 Worst Types of Selfies, I’ve decided to find out which you find more annoying: a relentless onslaught of self-created glamour shots OR the quickly building Bitstrip trend.  I’ll lay out the case against both and then you vote for the worst in our poll.

First off, I’m not against selfies of all kinds. I think it’s totally understandable if you happen to be alone and still want to send a pic to select friends to show them that you’re mountain climbing, kayaking, receiving a Nobel Peace Prize or trying to pick an outfit for a party.  But when you simply look at yourself, decide you’re too sexy for your shirt and post one of those duck-lipped, sleepy eyed or ab-tastic pics for the social media masses….  I don’t know.  It just seems like the taker is self-obsessed, particularly if they are changing profile pics more than twice a week.  And if the naked narcissism isn’t turnoff enough, overdoing the selfie life also screams “Hey, I have NO damn BAWDY willing to take these silly pictures for me, so let me hold my camera at arm’s length and get to clicking and posting.” 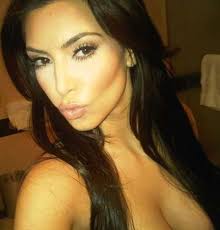 Here’s the thing.  I’m not mad at those who supposedly are “late” to the Bitstrip craze, i.e. using this app to cartoon yourself and your everyday adventures.  It truly doesn’t matter WHEN you arrived at the notion that this was the hot new thing to do, in addition to answering riddles or putting up crazy statuses to see who truly cares about you.  The truth of it is that this poor man’s Cartoon Network is overwhelming in large doses.  Unless you’re Aaron McGruder or Garry Trudeau, chances are the captions ain’t that damn amusing.  Further, the character customization is so limiting that the cartoon alter ego you create looks less like you and more like a refugee from an old Daria cartoon.  This trend is so out of control, there are even tutorials helping people to block it from their timeline.

YOUR TURN: I know.  It’s a tough one.  But which trend irks you the most on social media?  Vote in the poll, but also feel free to leave comments about other online epidemics not targeted in this particular entry.